4 ways to start your trip to Granada right now

Travel helps strengthen your social, intellectual, and introspective skills so rather than leave those benefits to languish until you step off the plane, start your trip to Granada right now. Here are a few suggestions to get you charged up about visiting this legendary place that’s home to not only one but two UNESCO World Heritage sites. While you’re there, explore Granada’s labyrinth of roads, trails, and dirt roads just outside of city limits.

Committing to a vacation can sometimes be the biggest challenge. Perhaps due to the cost of plane tickets from far-flung places, plunking down your hard-earned money can be discouraging but the fact is, plane tickets will likely be your biggest expense. Given Andalusia’s modest cost of living, once you get here you can expect to pay a third to 2/3’s less than you would pay for some things elsewhere. Spain’s national airline, Iberia, flies from most major cities worldwide, and provides domestic flights to destinations throughout Spain. There’s a “Getting here” section at the bottom of our home page that gives airport distances from Granada, and ground transit options once you’re in Spain. 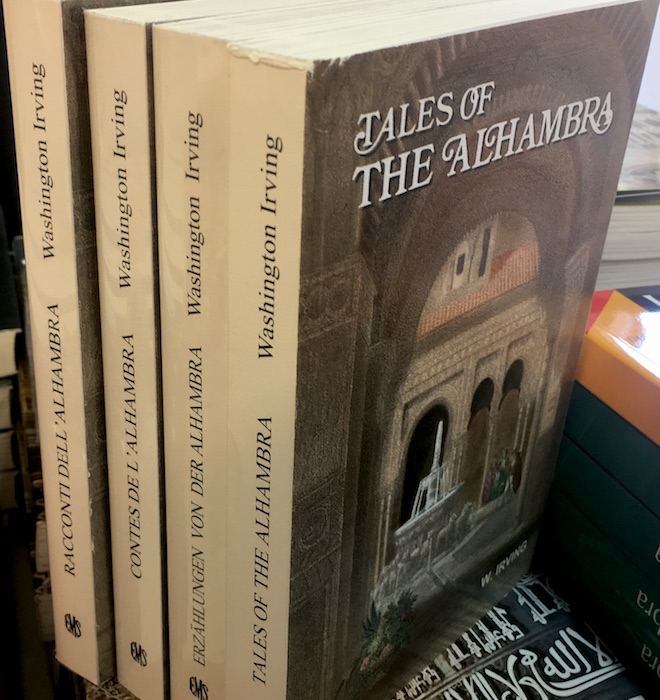 “Tales of the Alhambra” by Washington Irving

Written from the stories and experiences that Irving collected during an extended visit to Granada in the spring of 1829, many of the references he makes to geography, structures, and features still stand to this day. Irving spent a few months as a resident of the Alhambra by permission of the Governor of the Alhambra, and he passed his time exploring the Alhambra where he gathered the legends of the Alhambra. His descriptions are set against some of the most popular folktales that prop up the Alhambra’s enduring mystique. Get your hands on the book, kick back and time-travel back a few centuries for a spellbinding visit to Granada. 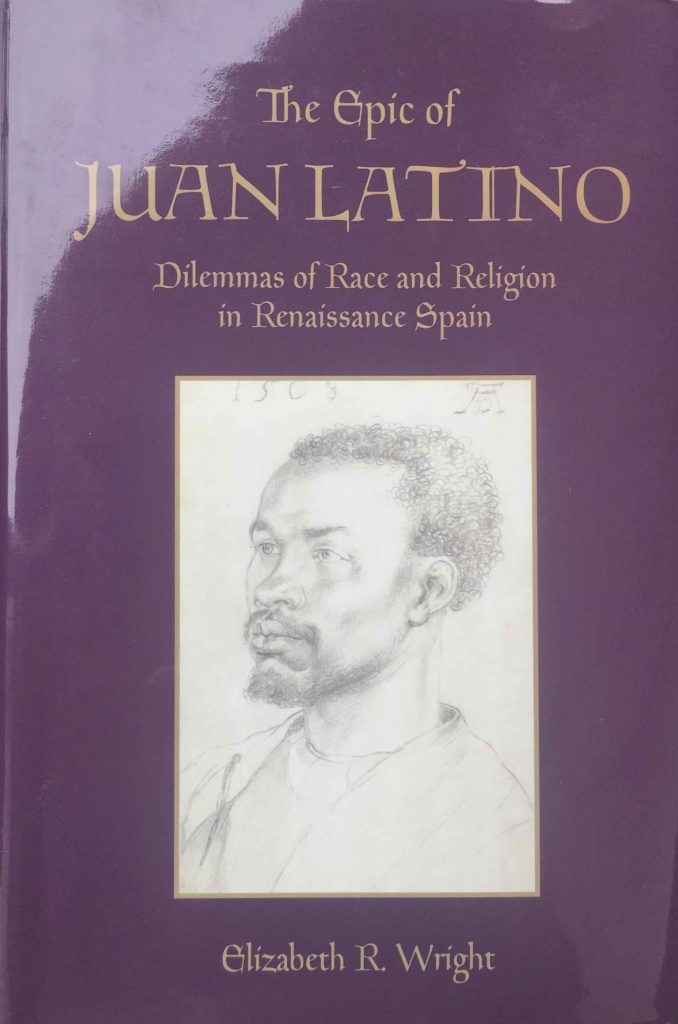 “The Epic of Juan Latino” by Elizabeth R. Wright

This book tells the story of the first known black poet from the slave diaspora, Juan Latino, who lived in Granada during the 16th century, first as a slave, then as a distinguished professor.

“By piecing together the surviving evidence, Wright traces Latino’s life in Granada, Iberia’s last Muslim metropolis, from his early clandestine education as a slave in a noble household to his distinguished career as a schoolmaster at the University of Granada. When intensifying racial discrimination and the chaos of the Morisco Revolt threatened Latino’s hard-won status, he set out to secure his position by publishing an epic poem in Latin verse, the Austrias Carmen, that would demonstrate his mastery of Europe’s international literary language and celebrate his own African heritage.”

More than anything else, the book is a compelling literary history of a figure whose significance to Granada is only beginning to be realized. “The Epic of Juan Latino” is as much a historical recounting of the life of Juan Latino as it is a journey to a time and place in Granada, which Wright gives us access to for the first time.

You can order “The Epic of Juan Latino” from Amazon here.

El Museo de la Alhambra has published a playlist on Spotify called “Música andalusí,” a carefully curated collection of classic Andalusian tracks originating from the music of Al Andalus of the 15th century and earlier. It’s more than just a listening experience, it’s an aural trip to Granada in times of peace, unrest, and turbulent transformation.

This cocktail is based on an absinthe cocktail but has been enhanced to incite dramatic tension. Absinthe has been replaced with pacharán, a liqueur similar in flavor to absinthe. Pacharán was developed in northern Spain as far back as the middle ages and later popularized in the late 19th century.

To make the cocktail:
1. Combine the pacharán (or similar sweet, anise-flavored liqueur), lemon juice and pomegranate molasses in a cocktail shaker.
2. Add ice and shake until well chilled.
3. Strain into a coupe glass and garnish with three pomegranate seeds. 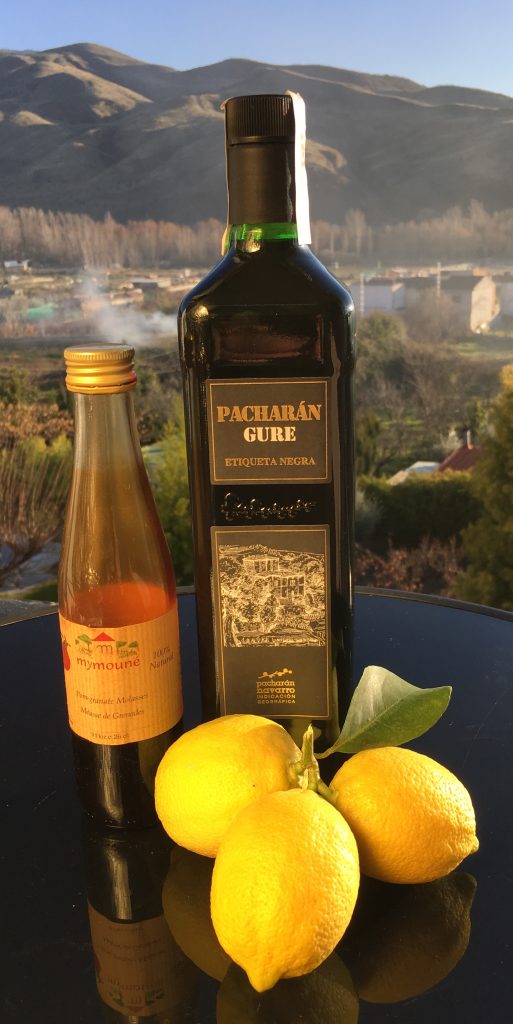 “Alhamr” means “the red” in Arabic and it describes the cocktail’s reddish hue, which is similar in tone to the Alhambra. Alhamr is also what’s written in Arabic above the Alhambra’s main entrance. In the romantic backstory I imagined for my cocktail creation, pacharán represents the Catholic acquisition of Granada in the late 15th century while the pomegranate molasses stands for Granada (“granada” is the Spanish word for “pomegranate”). Lemon juice is a metaphor for the sour relations between the Christians and Moors. Three pomegranate seeds symbolize Granada’s jewels as interpreted by Trails of the Alhambra: the Sierra Nevadas, the Albaicín, and the Alhambra palace. The ingredients’ individual flavors can each be overpowering but once combined, somehow they work, just like the clashing factions of Granada, both then and now. 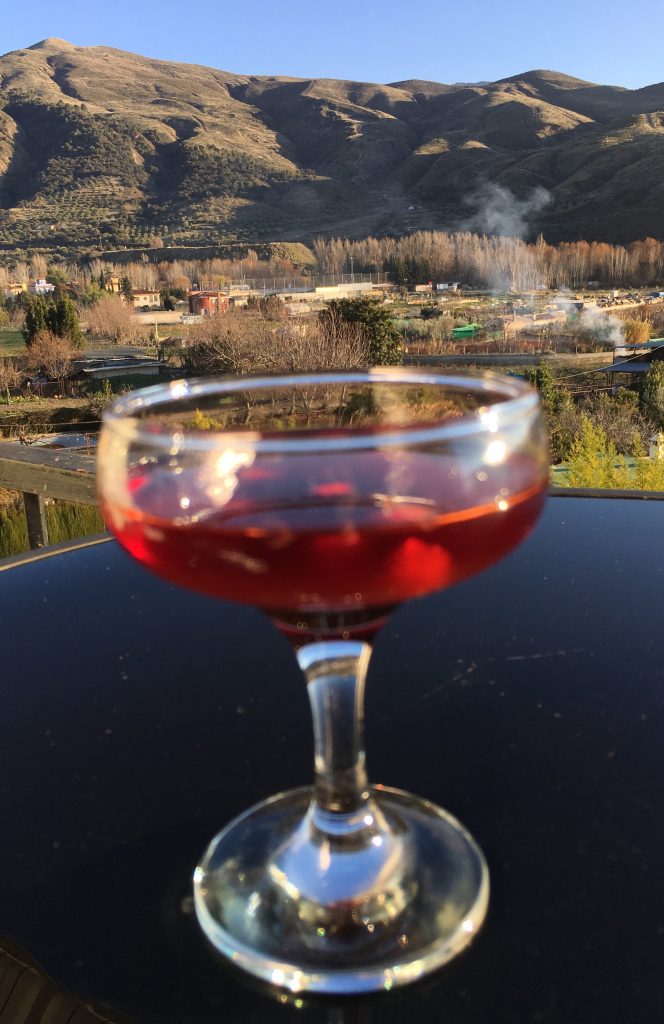