All the clothing you’ll need for winter riding in Granada

Where exactly the quip “There’s no such thing as bad weather, only bad clothing,” came from matters less than the fact that more often than not, it just fits. While we have very few cold days here in Granada, it would make sense just to sit those ones out and do something other than ride, but those cold days on the bike often end up being the most rewarding as long as you get your clothing dialed just right. This was never more true than on a Sunday morning in February 2007 when the temperature in Massachusetts was a bracing 15F (-9C). Below is what I would wear if I were to do that ride again: 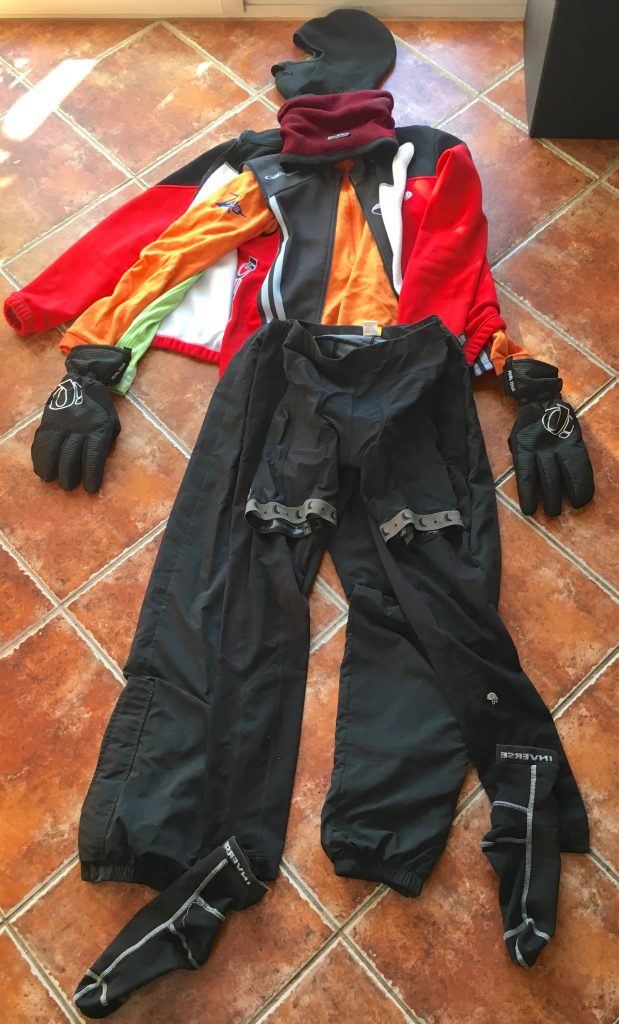 There was no option to reschedule since it was a going-away ride for a mountain biker friend who’d collected her joint PhD from Harvard and MIT and was off to California to start her new job. The ride turned out to be one of the best ever thanks to a bluebird sky and about 1000% traction thanks to a layer of snow that covered over any ice and frozen ruts that would usually pose a threat to staying upright. By comparison…(that’s Celsius, BTW) 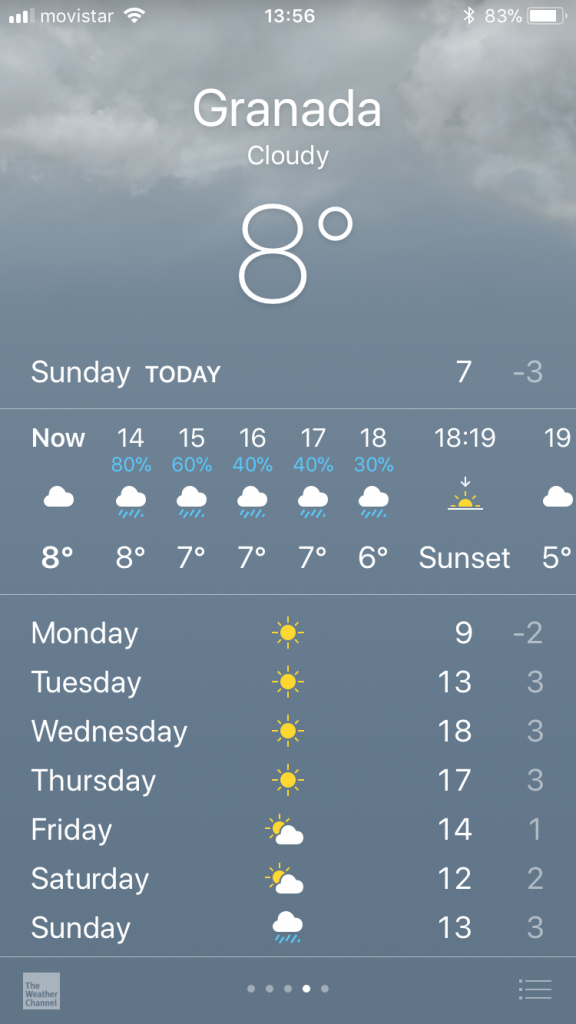 Pretty typical for January in Granada

The daytime temperature arc for Granada in January ranges from 34-37ºF (1-3ºC) in the morning to 52-55ºF (11-13ºC) at midday. What to wear is somewhat dependent on where you ride, especially if you’re planning on riding up into the mountains since the sustained climb can get pretty warm and then instantly switch to bone-chilling on the way down. An extra pair of gloves for the descent plus a wind jacket would both be a good idea to bring along. If there’s been a lot of rain, there will be lots of puddles so if you don’t want that cold water enema every time you splash through a puddle, then a small, snap-on fender would spare you from getting wet, then cold. 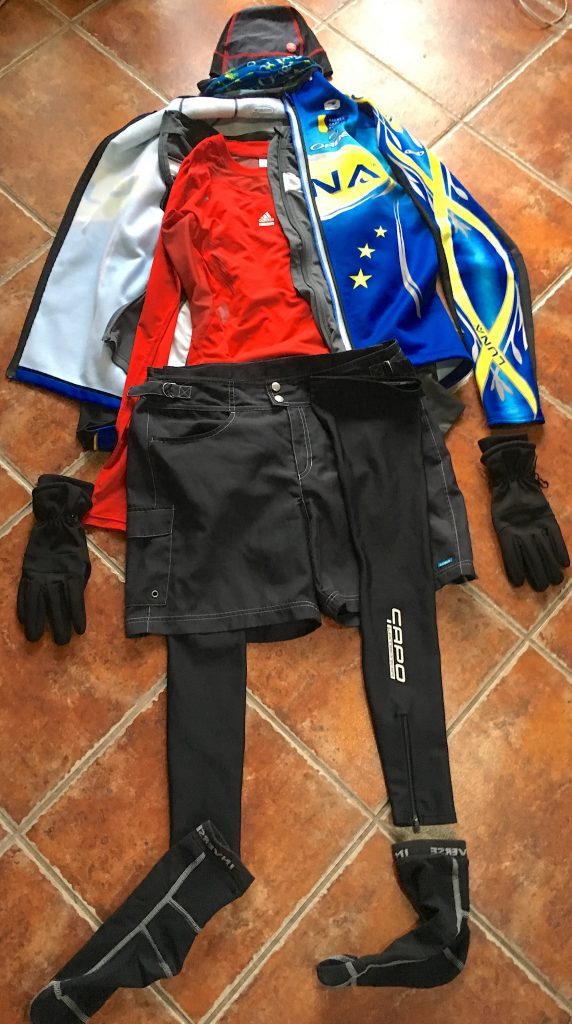 I also use winter mtb shoes usually from around December until the end of February. Except for one day out of the last 8+ years I’ve been here, I haven’t needed much more for riding in the depths of winter in Granada. 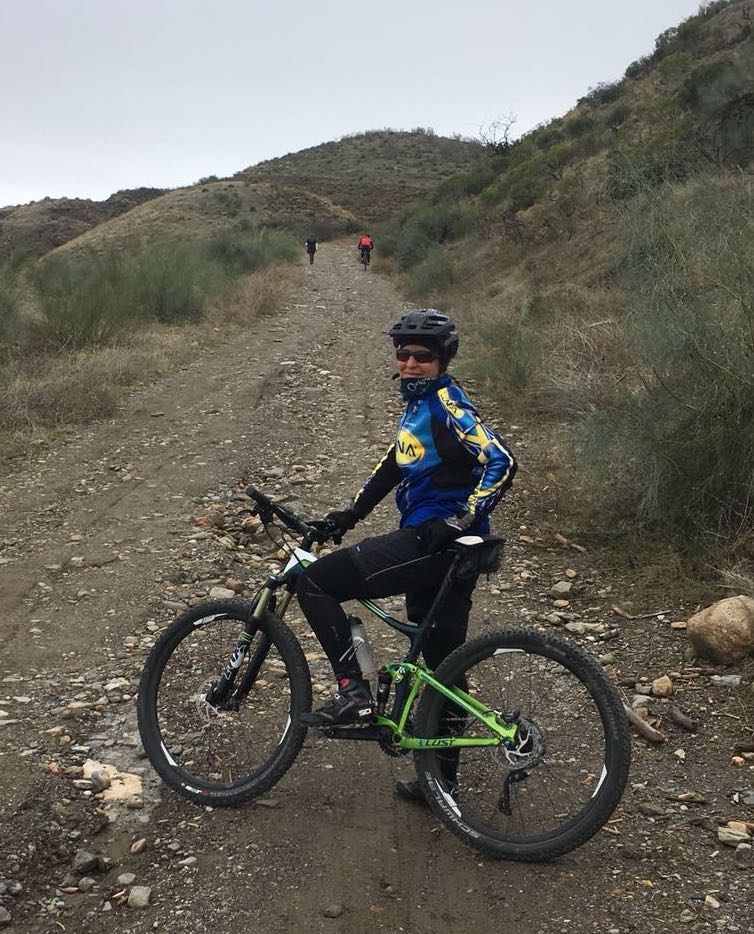 Snug.bug.rug with the right clothing