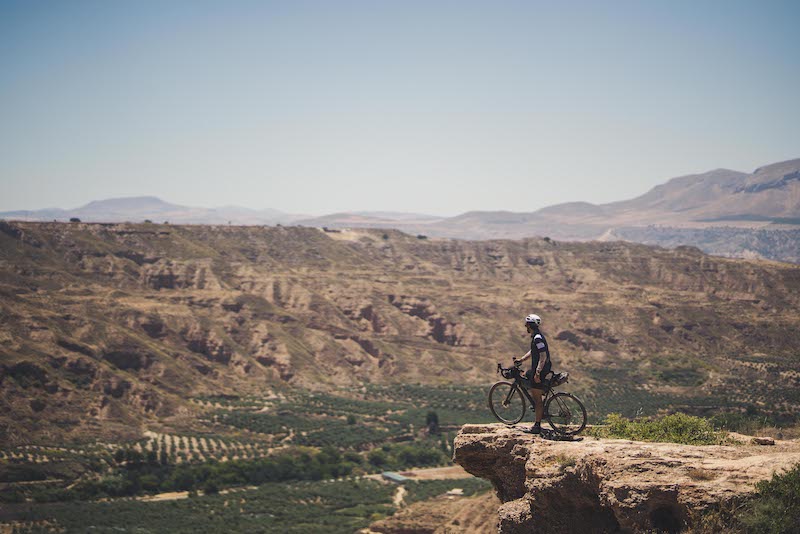 Just a couple of years ago, the gravel riding scene was small – it was easy to choose some killer events to attend. These days there are tons of gravel rides to choose from. This guest blog about the best gravel rides gives you some ideas for where to roll your gravel tires this year. (republished courtesy of Ritchey).

There’s a gravel race in the U.S., a land that seems to prioritize litigation over personal responsibility, that in order to enter the race, the final line of your registration must read, “I am responsible for me.” This gets handwritten on a postcard along with your name, email, whether you’re racing as an individual or a team, and your choice of either the 100-mile or 200-mile distance, and then mailed to “Dangerous Dan” of Cedar Falls, Iowa.

Not all gravel race registrations are as laissez-faire but the race format – unsupported (i.e. free of race officials, police detail, feedzones, aid stations, and medical support) and traversing hundreds of kilometers only to “win” the satisfaction of finishing – has tapped into a giddy urge that’s been languishing until now. Who hasn’t heard of the Dirty Kanza, which has become so popular that other races have taken the opportunity to promote themselves as the race to do “if you didn’t get into the big one.” 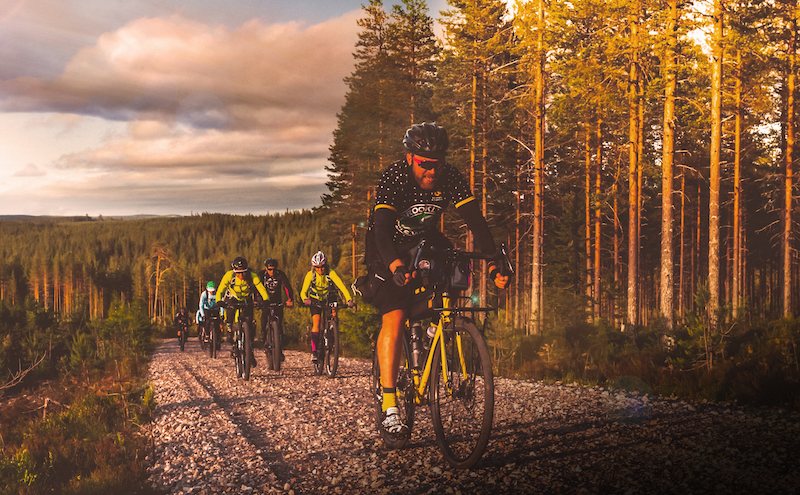 Who’s behind the gravel trend?

Gravel racing is only one sliver of the trend, which has taken the road less traveled as a form of self-expression. But more than that, gravel riding has unintentionally softened extreme opinions about who’s cooler, road or mountain biking since to ride gravel, one needs not go fast or dodge cars, nor fearlessly huck off cliffs to prove one’s badassery. The point of gravel riding is so multifaceted that even the brands behind the trend can’t agree on what to call it (or refuse to imprison it in a word). The best gravel riding is wherever your personal interests converge all at once. The world over is laced with millions of kilometers of roads unsuitable for skinny tires, too tame for fat ones, but just right for gravel.

Here’s something else that’s just right for gravel and travel! (Hint: Which Ritchey frameset can go from home to an airplane to deep off-road but still hold its own in a paceline?)

Organizers who have taken a chance on gravel racing also face competition from a calendar that’s getting fatter each year with gravel events. While we are entitled to an opinion about the best gravel rides, what really calls out for attention about the following gravel events is the risk involved, both for the organizers and for the racers, to try something so radically untested that “to win” or “to lose” is as subjective as the trend itself.

This debut 1,145-kilometer, fixed route, unsupported single-stage cycling race starts in Marrakesh, crosses the Moroccan Atlas mountains before taking riders through the Anti-Atlas and on to Agadir. The accumulated elevation gain tops out at 20,000 meters of climbing. The clock does not stop and there are no prizes. It follows gravel, single and double track and old colonial byways that have long been forgotten and fallen into disrepair. There is very little pavement. There is some walking, and at times there are vast distances between resupply points. Registration Information

Though not a race, the first annual Broken Spoke Challenge (BS for short) is a dirt/ road cycling event that resembles a gravel grinder. The BS features some of the most scenic, never ridden and — oh-yes-they-did-say-it — beautiful aspects of West Ventura County. This challenge boasts more than 80 miles of road/mountain/sandy (and maybe muddy) riding with 6000+ feet (1,829 meters) of climbing. Registration Information

Just don’t bring a road bike to the BS because that would be well, BS. Instead beef up your DIY gravel project with these, Ritchey’s Venturemax handlebars. You’ll get greater stability and more control and a much more fun experience. 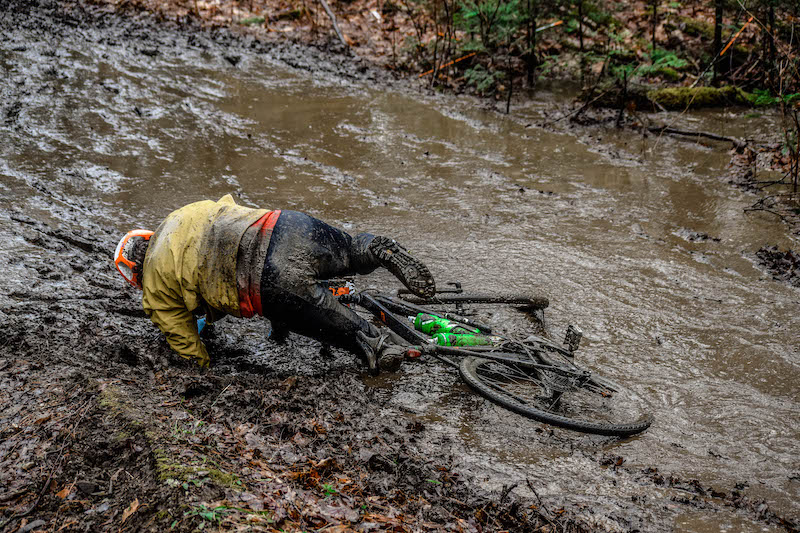 Before you get your shorts in a bunch about how the Rasputitsa has been around since 2013, organizers are piling on the hurt in 2020 with a new 100-kilometer distance. What else is new in next year’s edition is free registration for U23 racers. So if you want to make it worth your while to head north for one of the most unforgiving races in the gravel calendar, sign up for the 100k distance and race for free if you’re under 23 years of age. Registration Information

This new unsupported gravel challenge teeters (almost quite literally) on the edge of Europe in the south of Spain. The route is 85 percent off-road, approximately 700km with 15,000 meters of elevation gain and crosses some of the most remote and challenging terrain in Europe. The racecourse encircles nearly all of Andalusia’s Sierra Nevada mountain range and passes through the Gorafe Desert, which lends its nickname “the Badlands” to the race, the Tabernas Desert – made famous by Sergio Leone and Ennio Morricone, whose spaghetti westerns of the late 60’s are cinematic icons, and the Cabo de Gata Natural Park. The route’s final punch-in-the-gut is the El Pico del Veleta, Europe’s highest cyclable climb at 3,394 m (11,135 ft). Registration Information 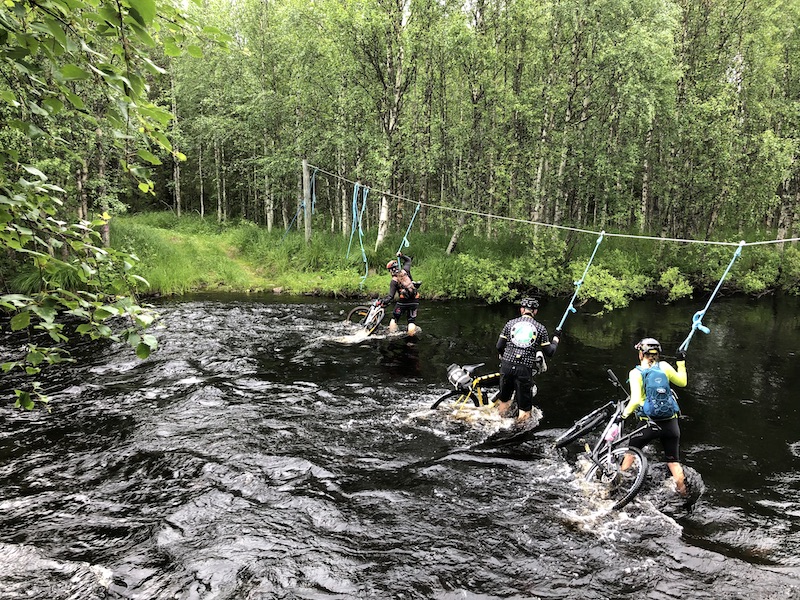 If getting up at 5:00 in the morning to race bikes has never been your thing, then the Gravel Insomnia is for you. With a charitable start time at 16:00, this night-less night ride travels through the rolling hills and scenic landscape of Iso-Syöte, where 80 percent of the roads are gravel. The first edition in 2019 was a 125-kilometer test event limited to 50 participants. Lucky for us, it passed and the second edition will feature routes of 80-, 125, and 180-kilometers, plus a weekend program starting Friday and running through Sunday. If it seems far to go for a weekend event, consider staying longer and exploring Lapland, which boasts significant resources for cycling. Registration Information

Presented by the Ann Arbor Velo Club, The Watermoo is a new 88-mile gravel road race on mostly gravel, some tarmac and a road that is no longer a road, with a river crossing, and set in the farmlands of southeastern Michigan. Awards include cash prizes to the top five male and female racers, and Watermoo swag to the top three in each age group. Or, you can just finish and reward yourself with some post-ride beverages, food, and entertainment at The Watermoo After Party. Registration Information