Tips to thriving in Spain for the health-conscious 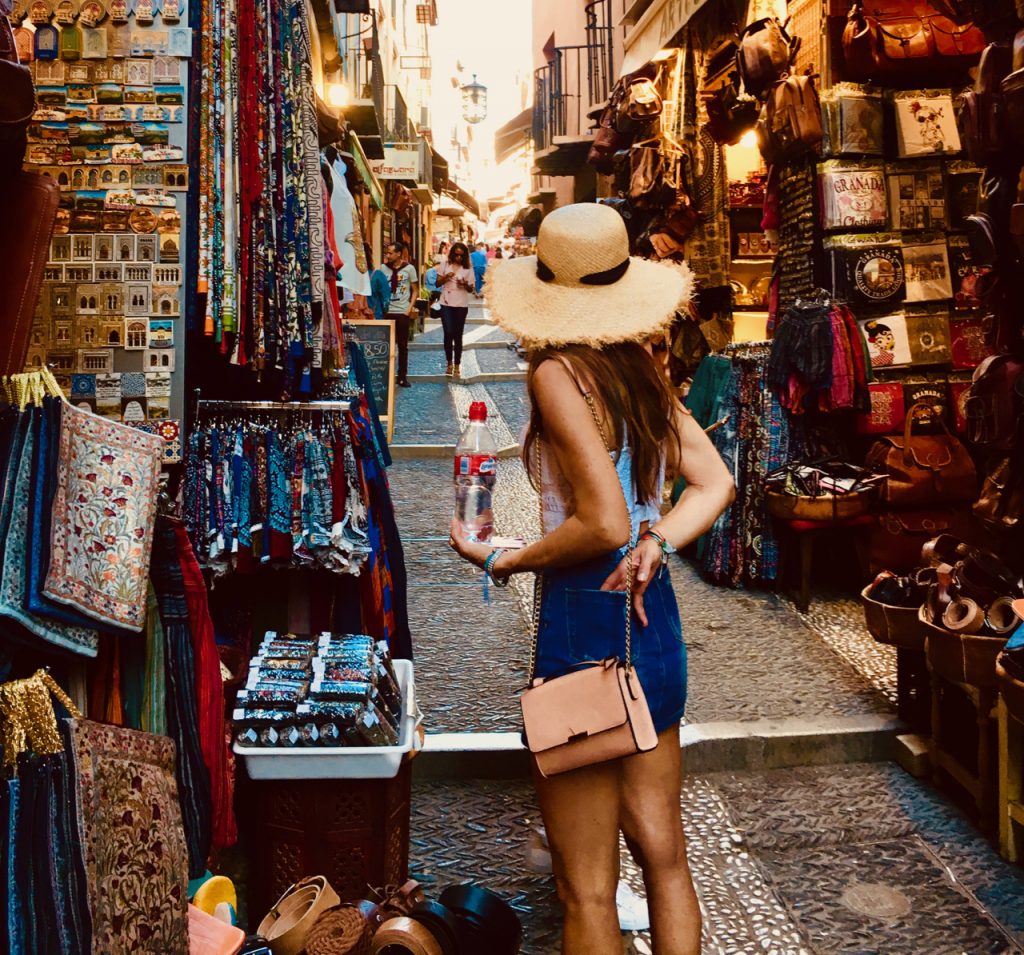 When the news hit that Spain had taken the top spot from Italy as the world’s healthiest nation, señoras and señores nationwide stubbed out their cigarettes, raised their glasses of beer, and toasted the good news before returning to their iceberg lettuce salads and plates of cured pork. More than a few eyebrows shot up that day, but upon closer inspection, Spain’s long life expectancy thanks to — among other things — public healthcare and access to clean air, water, and sanitation facilities throughout the country earned Spain the top spot, according to the 2019 Bloomberg Healthiest Country Index. Thriving in Spain clearly has more to do with an overall vision of health than with access to fresh fruits and vegetables.

These are the World’s Healthiest Nations, https://www.bloomberg.com/news/articles/2019-02-24/spain-tops-italy-as-world-s-healthiest-nation-while-u-s-slips

Visitors to Spain may still question the Bloomberg index, especially if they are from areas with easy access to wholesome foods and a low rate of smoking among citizens. To them Spain may seem shocking at first, but if one knows where to look and how to strategize, the flavors and quality of life here will soon make it obvious why Spain is #1. What follows are some recommendations to thriving in Spain for the health-conscious visitor.

Know which way the wind is blowing

Outside dining knows no season, especially in southern Spain so lunch under a January sun isn’t uncommon. This is desperately attractive to visitors from the cold north, for whom outside dining might be limited to May – September. When Spain banned smoking inside bars and restaurants in 2010, smokers simply found their place outside, which was great for people sensitive to secondhand smoke in enclosed areas but not so great if they also liked to be outside. To enjoy smoke-free outside dining, determine which way the wind is blowing before you take a seat and find a spot that’s mostly upwind. That way secondhand smoke blows in the other direction.

“Integral” to a healthy vacation

White bread was once a luxury item among those who could afford it. The flour was finer and had a greater capacity for fermentation, which made it lighter, and arguably more fragrant and tastier than those breads made with rye, barley, or oats. Wheat flour was also resistant to infection by ergot fungus, which attacked grains like rye and caused fatal ergot poisoning. While it’s been a while since anyone died from eating rye bread, acceptance of wholegrain breads has been slow and white bread will often get referred to as “normal bread” (pan normal) in Spain.

Whole wheat bread goes under the name “pan integral” (in-TAY-gral) and is becoming increasingly common as a breakfast offering. In fact “integral” is sort of the catchall adjective to refer to anything wholegrain. For example, there’s “arroz integral” (ar-oath in-TAY-gral) for brown rice, and “couscous integral” for whole wheat couscous. As demand for more whole grains increase, supermarkets and specialty shops are offering a greater variety of products made with spelt, rice, corn, and even rye flour, which seems to have fully recovered from a lot of bad publicity back in the Middle Ages.

Blog: The Best Bread in Granada

This little luxury gets taken for granted on a daily basis since it’s a common beverage available in most bars and cafeterías throughout Spain. But for someone who’s experienced the bright, sweet tang of freshly squeezed orange juice, while at the same time suffered the agony of paying a premium for something that’s only so-so, a glass of OJ squeezed from native oranges is one of the simplest, purest joys of visiting Spain.

Keys to thriving in Spain – gazpacho, salmorejo, and ajoblanco

Andalusia’s mastery of cold soups is a worthy pursuit to learn at home if you want to relive a trip to Spain again and again. Cold soups check all the boxes to surviving the blistering Andalusian summer heat because they are made without turning on the stove. There are some fundamental ingredients for each, but the soups themselves are wide open to interpretation; plus they offer both a form of hydration as well as nutrition. They are often available throughout Spain and – even better – grocery stores frequently stock them in the refrigerated foods section.

Salmorejo, gazpacho’s lesser-known cousin, is made with fresh tomatoes, bread, olive oil, and garlic, and garnished with bits of boiled egg and/or ham and a drizzle of olive oil. 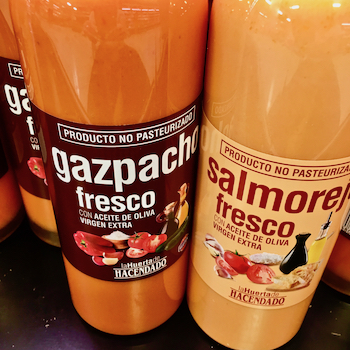 To purists gazpacho is the best known of the three. Gazpacho contains tomatoes, peppers, cucumber, onions, salt and pepper. Versions exist however, that are almost perverse in their interpretation if one truly believes that there’s only one way to make gazpacho. Strawberries and raspberries add an oblique sweetness, and there are even some versions for whom the only quality they share with traditional gazpacho is that they’re cold. Entrepreneurial chefs are either culprits or geniuses (depending upon your regard for gazpacho) for conceptualizing Spain’s most famous cold soup.

This supermarket chain can be found throughout Spain and what qualifies it to be in this list is its variety of not-so-traditional products. As one of the first market chains to bring gluten and lactose-free products to its shelves, Mercadona stays out in front of the competition by daring to try food innovations that have already become standard elsewhere. These include vegan hot dogs, “sushi,” and ice cream, kale, coconut oil, textured vegetable protein, chia seeds, tofu, and so on. 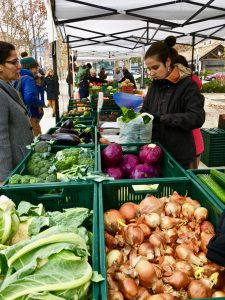 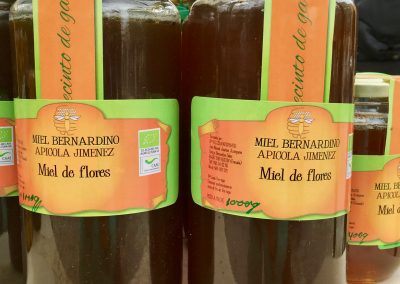 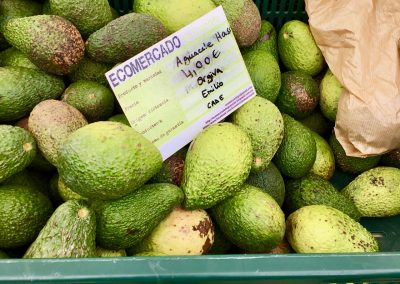 Some final bits of advice

Vegan restaurants and products are starting to become more common in large and midsized cities but smaller towns and villages are slower embrace the benefits of a vegan diet. The best fruits and vegetables can be found in “fruterías” as opposed to supermarkets. Spain, unlike its Mediterranean neighbors, is a little more humble about its homegrown riches, which also makes them a bit more difficult to find. But once you do, it’s almost quite literally, like striking gold. 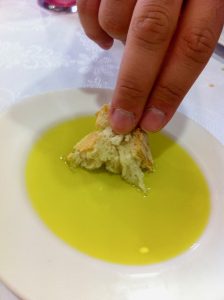